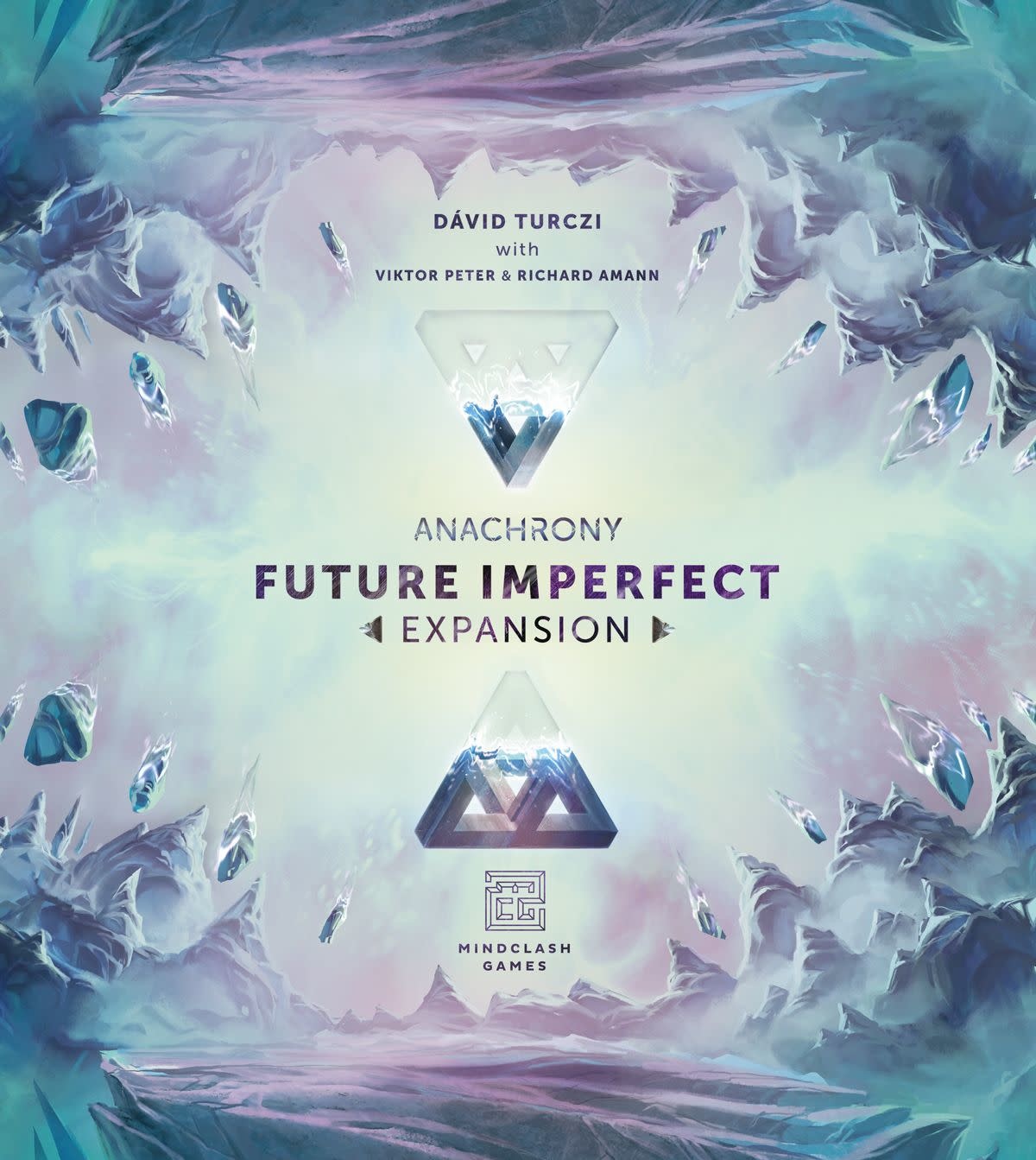 Future Imperfect is a modular expansion for Anachrony, with three new modules expanding the possibilities beyond new horizons. These modules are playable on their own, but they are also compatible with each other and most past and future Anachrony modules and expansions.

The Hypersync module allows you to perform a Capital action without actually placing an Exosuit, then in the future use the new Hypersync Action to make your placement affect the past. This puts serious strain on the space-time continuum, increasing the risk of Paradoxes, but often the risk is worth the reward and the flexibility. This module is supported for 1-4 players (Fractures of Time expansion required for solo play.)

With the Quantum Loops module, you are no longer limited to warping from your own timeline: the module opens up parallel universes where resources are more plentiful, the locals are eager to join your cause, or their technology allows you to shortcut your own travels through time... The possibilities multiply through a new Warp tile that grants access to the powerful Quantum Effect cards, but beware - to close a loop to a parallel universe, you will need a real Breakthrough... This module is supported for 1-4 players (Fractures of Time expansion required for solo play.)

The Intrigues of the Council module simulates the World Council's political machinations, bringing two new aspects to the game: another layer of player interaction and customizable endgame scoring objectives, influenced by the players. By sending Exosuits to the right place at the right time, players can receive bonus resources and compete to build a tableau of Agenda tiles, which replaces the base game's Endgame Condition scoring. This module is recommended for 3 or 4 players.